The year is 1814, and the town of Meryton is overjoyed to see sailors and soldiers returning from the wars.  That dreadful Napoleon defeated at last, never to return!!! Huzzah for the Empire!

Below you will meet the denizens of Spring Grove Cottage, who are receiving guests into their parlour in Meryton for games of whist, good conversation, and general hospitality.

Miss Elizabeth Tattman was born in Canterbury, though her father took his young wife and daughter to Bristol shortly thereafter. Engaged in the shipping business, he was for a time quite successful. When Elizabeth was nearly 16, her father suffered several setbacks, and lost his business. She was forced to withdraw from school, and the family only maintained a basic gentility through the help of her mother’s generous relations. Her father however, determined that his young daughter should have every opportunity despite their reduced circumstances, schooled her at home.  Eventually Mr. Tattman was able to attain a position working for another shipping firm, and he and his family settled in a comfortable, if less impressive, sort of life. At 18, Miss Tattman became a teacher at a local academy for young ladies. 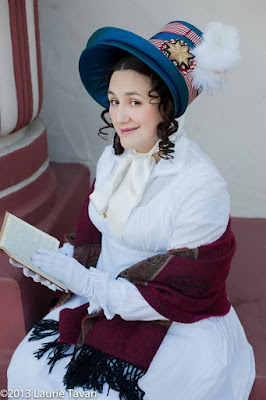 Photo courtesy of Laurie Tavan
When Miss Tattman was nearly 20,  she was able to attract the attentions of a man in his early 30’s (Ah, the sweet follies of youth!). He proposed marriage soon after, but the event continued to be postponed and never came. Finally the engagement was broken off, with quite a healthy settlement made upon a young woman of reduced circumstances who was no longer quite so young, and might have no other prospects.

Miss Tattman fancies herself a bit of a bluestocking, and loves to hear the latest news about the London theatre, and any story about "Dear Doctor Johnson" (whom, of course, she never met). She now keeps house with her cousin,


Mrs. Margaret Thornberry, widow of Lieutenant James Thornberry, who died in March 1801 when his ship, the HMS Invincible, was damaged in a storm off the coast of Norfolk and sank taking 400 lives with it. 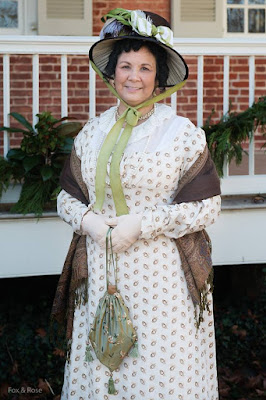 "I'm not sure why the navy would tempt fate by naming a ship "Invincible," when we all know that nothing is invincible!  We had been married but a few years and had two small boys, John and Benjamin.  Since Mr. Thornberry died while in the service to the empire, I receive a small pension on which to live.  My boys joined the military like their father before them and are both fighting in that unpleasantness with the American Republic. I worry constantly for their safety and cannot wait for their return.  John is in the army somewhere down by New Orleans, and Benjamin is on a ship off the coast of Virginia.  I have some of their letters if you'd like the latest news from the war.

When Mr. Thornberry was alive, we'd host the most wonderful parties, and I missed those so much.  Music and cards and dancing!  Oh, it was so much fun!  My pension was enough to support my boys and me but not enough to allow for any of those wonderful diversions of the past.  Now that my dear cousin, Miss Elizabeth Tattman, and I keep house together,  we have the means to properly enjoy the company of our wonderful friends again and entertain them in the way in which I was once accustomed. " 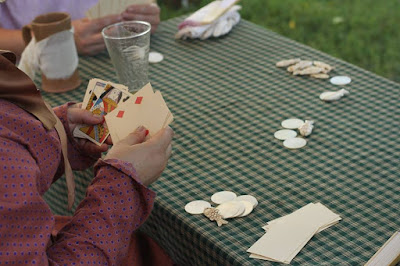 "Won't you please join us in a game of whist?  I confess, I am terrible at it, so you may not want to be my partner, but I can promise all of the latest news from town while we play!"

Setting up house together has allowed the ladies an agreeable degree of independence and gentility (which they might not otherwise enjoy). Living in this state, they are more comfortable and secure than say, dear Miss and Mrs. Bates, though still in awe of the grandeur displayed by Caroline, Lady Linnington. Their parlour is an hospitable and merry, if somewhat provincial place, full of good company and good conversation.

You are hereby cordially invited to join us ! 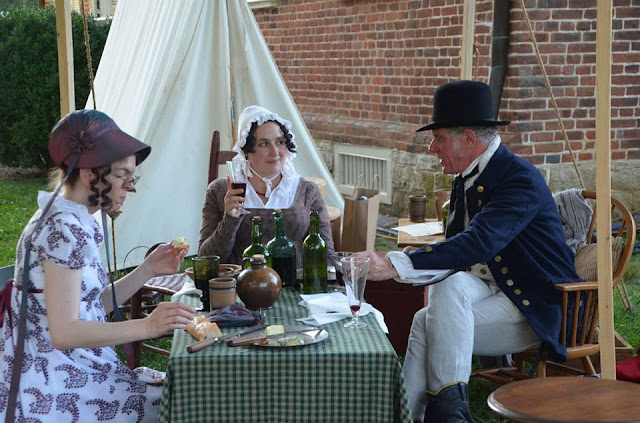 These characters are fictitious, constructs of our own active imaginations. We have endeavored to be inspired by history and literature, while creating a story which fit what we wanted to do for the event. Miss Tattman's story is heavily influenced by Hannah More, had she never run off to London to move in the same circles as Dr. Johnson and David Garrick.  The 'Invincible' did in fact sail, and sink, in the time and places listed above. Sharron and I have both taken our names from family history ('Liebert' was just a bit too french for this setting!).

Overall, this is our tribute to Jane Austen, with a hint of Cranford thrown in. We hope you will come play with us!