1838 Ladies Drawers - Sizing Up from the Workwoman's Guide 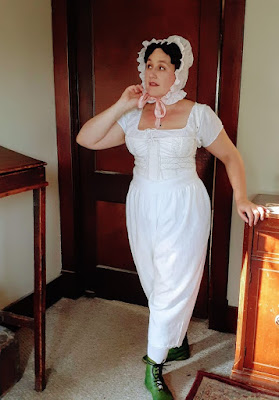 This post is about how I sized up some drawers from the 1838 Workwoman's Guide to fit me. If you are unfamiliar with this book, it is a wonderful resource. You can purchase a copy of the Workwoman's Guide here from Amazon Drygoods I sewed these by hand using linen fabric and thread. The Guide includes the following illustration and description 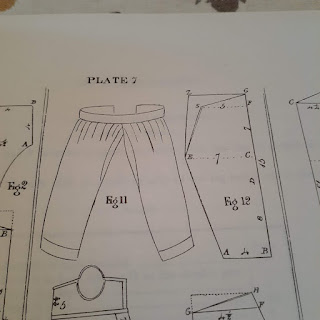 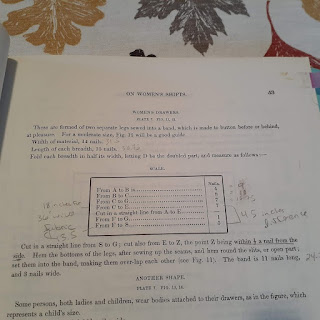 These are formed of two separate legs sewed into a band, which is made to button before or behind, at pleasure. For a moderate size, Fig 12 will be a good guide.
Width of material, 14 Nails (31.5 inches)
Length of each breadth, 15 nails (33.75)
Fold each breadth in half its width, letting D be the doubled part, and measure as follows 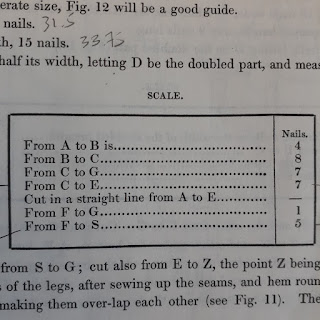 I'm not sure what exactly a 'moderate size' would have been in 1838, but I assumed it was smaller than I am. So I needed to get a little more volume in there.

It is important to note that the Guide is not a tailor's manual, and the patterns are not based on proportions the way many of those are. Most of them are made from straight lines, designed for maximum cutting efficiency based on the width of the fabric. So to size it up, I just worked off the idea of a wider piece of fabric. This meant adjusting 3 points on the pattern, E, S, and Z. All other points remained the same. I also cut the waistband out to my waist measurement. You do want them to sit higher on the waist, rather than on the hips. 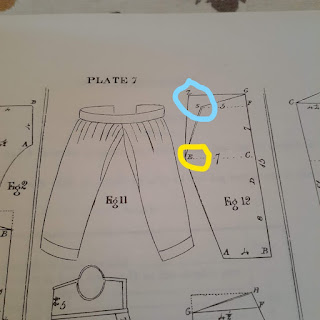 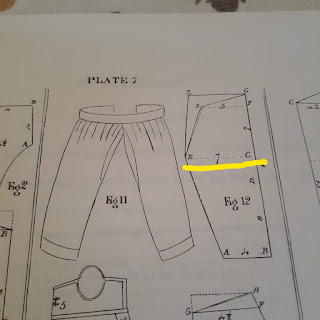 The measurement C to E is 7 nails (15.75 inches), which is the exact length of the fabric doubled over. To enlarge the pattern, I worked off of this measurement. My understanding is that 36 inches was another common fabric width at the time, so I worked off that. This made the C to E measurement 18 inches, half of 36. Point Z was mentioned as being 1/2 nail (1 1/8 inches) in from E, so that was easy to adjust. In the original pattern there was 2 nails (4.5 inchs) difference in the length from F to S and the length from C to E, so I just made sure that point S was still 4.5 inches back towards the center line from point E. 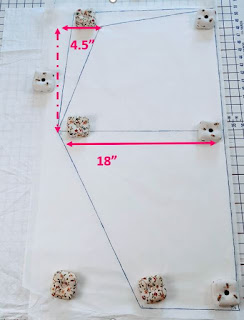 Since I was actually using 45 inch fabric, this also left enough for the waistband.

One other change I made was in the middle. The author has the two legs overlapping. I have made these before like that, but I prefer them to meet up like this example here from the Met 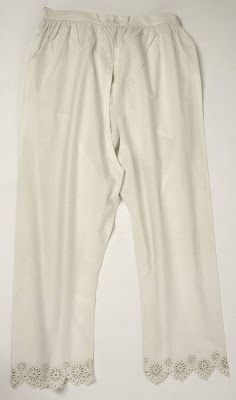 I have always made them to be back fastening, which works well. The author does note that they could open in the front though. 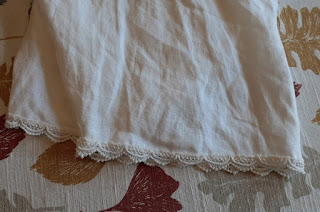 I also added a little lace on the bottom, like this pair from the Met 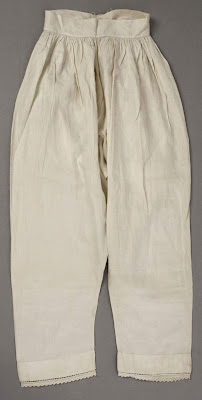 I was also pleased to find this pair, since they are linen. Interestingly, the Workwoman's Guide lists linen as a fabric for men's drawers, but not for the ladies. I know cotton was becoming increasingly dominant in the 19th century, but it gets hotter than blazes around here in the summer, so I made three of these out of some wonderful linen Brian got me for Christmas.

I HIGHLY recommend making your historical underwear in batches. I know myself, and if I get enough fabric for 3 but just make one, I will stop after that one. I may tell myself I'm doing three in a row, but in all likelihood I won't get there till the first one wears out. And it will wear out faster because it's the only I have got. Plus, for 2-3 day events, you really want fresh undies every day! So I made three linen drawers first, followed quickly by another cotton set. I actually already have a couple of these in cotton, my plan is to use this last pair for demos only. A lot of times when I am doing dressing demos people are really interested in the drawers, and I would like to be able to hand them a set to look at which are not actually, well, my underwear. 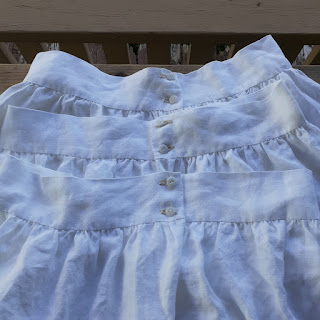