So since Miss Watterman informed me  I was no longer allowed to send her 'in character' emails, I started actually writing her letters. Which is when I remembered that my penmanship is terrible.The first letter I sent her looked like a fourth grader's history project, I swear. So then I got a package from TN, with an actual honest to god pen, and a book on penmanship.

It's been awhile since I actually tried to write anything in cursive. I know that now they are dropping it from schools everyone who learned it gets to feel like we know this cool secret code. Of course it's not one I was ever particularly skilled at to begin with, but perhaps this exercise will improve me. It's certainly an entertaining use of time. 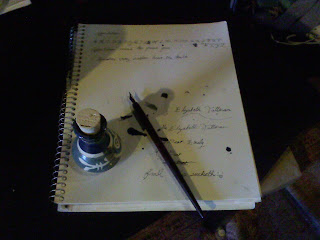 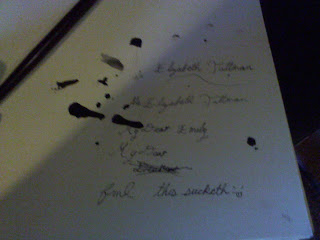 
(And yes, I did actually get some reading done last night.)

I need to get my ass in gear on all my summer projects. I have approximately two months before I go back to school, and six weeks before I head out to TN. Sooooo many things that I want to do, that sometimes it holds me back. because i am human. so I get overwhelmed and just stare at fb. THIS MUST STOP. 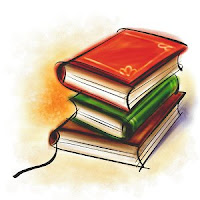 My big summer project was IS supposed to be the reading lists for my MA exam next fall. Basically, instead of a thesis, I spend an entire semester with a ridiculously rigorous reading list assigned by a committee of three professors whom I meet with throughout the semester. Then the week after Thanksgiving, I take a four hour comprehensive exam answering questions they come up with. It's largely historiographical in nature- i.e., I need to know who said what in the field of European History in the last 50 years or so and why it's important. Of the three professors who are on my exam I managed to get a final list from one before we let out, a preliminary from another, and last year's unconfirmed list from someone who had had the third one on their committee this year. :-p And when school let out, I made this big whole stink about how I was gonna be *smart*, and get started during summer, and knock like half of those damn books out! HA! HOW I LAUGH AT MY OWN FOOLISH PRIDE.

At the honors banquet at the end of this semester I was looking at the few folks who got the highest honors on the exam and talking to some friends, saying 'ok, that's the goal'....and then our professor was like 'oh, um, yeah...those were Americanists. You know, those folks with only 200 years of history in one country....Europeanists pretty much never get that...but hey, good luck!"   Soo... there's that :-p

I am just gonna set myself a goal of two books a week for the next 8 weeks. That is 16 books. And frankly, two books per week is not as quick as I will need to go once the semester starts.

This popped up when I typed 'sewing' into google images......
this chick looks waaay too calm and put together ...just sayin'


Here I give you my beginning of the summer, aren't I awesome and waaaay to enthusiastic and don't I want to do everything list, paired down to reality and priority.

Since I clearly must find a suitable place for myself in Maggie's World (tm), I have created a character for myself to go out there. The last name came from my father's grandparents (Liebert was just tooo damn French I thought). I also borrowed kind of heavily from my research on Hannah Moore. I'm so glad my graduate work is coming in handy for something ;-)

Edit:  In addition to fitting nicely into some things I had already researched for school, The Bristol part is also a tribute to Surrey.

Born in Canterbury, my father took his young wife and daughter to Bristol shortly thereafter. Engaged in the shipping business, we were for a time quite successful. It was during this time I attended school with Miss Waterman in Bristol. When I was nearly 16, my father suffered several setbacks, and lost his business. I was forced to withdraw from school, and we only maintained a basic gentility through the help of mother’s generous relations. Eventually Father was able to attain a position working for another shipping firm, and we settled in a comfortable, if less impressive, sort of life.

When I was nearly 20, I was able to attract the attentions of a man in his early 30’s, which at the time I confess to finding very romantic in my youth and foolishness. He proposed marriage soon after, but the event continued to be postponed and never came. Finally the engagement was broken off, with quite healthy settlement made upon a young woman of reduced circumstances who was no longer quite so young, and might have no other prospects.

With this affair- which had long since ceased to be a matter of love- finally settled, I resolved upon a most unusual next step in what was already a rather unusual sort of life. To visit my aunt and uncle- Mr. and Mrs. Downward - in America, and just as importantly, my dearest Emily, Miss Waterman.  Through his business my father had come into familiar acquaintanceship with the captain of a ship sailing for New York and his wife, who might serve as my chaperons for the voyage, and so he consented to the trip- upon the condition that I also agree to having my third cousin, who had settled their a year earlier, serve as my escort upon my arrival. 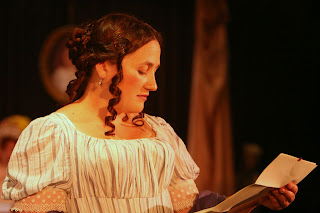 Posted by Amy Liebert at 8:23 PM No comments:

So for anyone who does not know, about a year and a half ago my beloved Maggie ran off to Tennessee to be with an ax murderer this awesome guy named Albert. You can read even more about her amazing adventures here. I miss her dearly, but have enjoyed watching her amazing creations for the Colonial and Regency events they do out there. I have been wanting to make it out there ever since she left, and we have now decided that this must happen this fall, when they are planning a regency masquerade ball.

This means, of course, that I must add a whole new project to the sewing pile. I have a couple regency dresses I have put together for PEERS events over the years, but nothing I a really proud of, and certainly nothing that can hold a candle to the standard Maggie has set for California girls out there. Therefore I will start from scratch (well, mostly). Here is the list so far as I can think of it, but we will see how it grows;

And yes, I do still have oh so many other things to sew between now and then. But it has been far too long since I have seen my dear Emily, and I miss her so!
Posted by Amy Liebert at 5:00 AM 5 comments: