In which I continue to slobber over the 1830's. In particular, prints and sleeves.


My newfound 1830's obsession starts with staring at all the different awesome prints. Also, Fashion In Detail and all the images I stare at confirm what the Past Patterns book tells me- that after 1836 the sleeves stopped being full at the shoulder and got tight up top with all the poof-age starting near the elbow.

For the prints there are some awesomely wacky things, which speak to the most insane depraved parts of my soul, but also some absolutely darling florals. 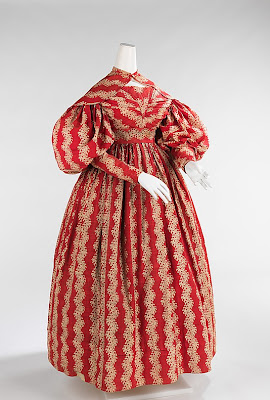 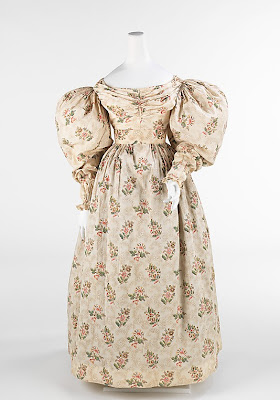 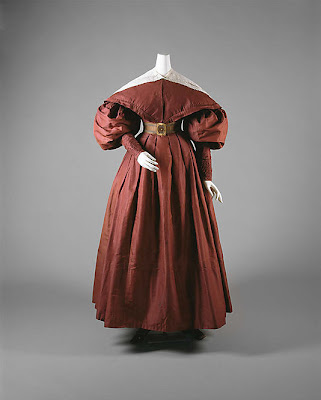 1835 The Met
Some hot pellerine on pellerine action.
Also, not a print. 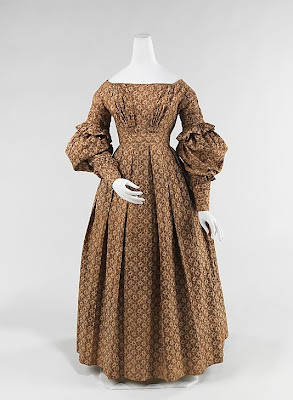 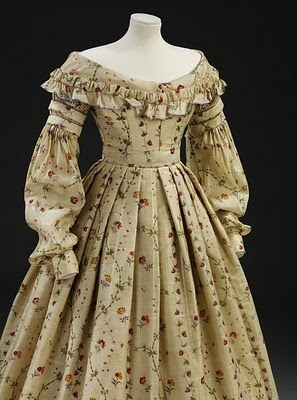 Just a few other things I've noticed so far about the differences between the earlier and later years, but this may not be a big enough sample to tell;

1) the pellerines seem to belong to the early years
2) the waistbands, while always there, seem somehow more ....pronounced earlier on. Possibly even a little higher. I think it has to do with the contrast with the giant sleeves being at the same level- your waist should be tiny next to them.

I will definitely be wanting a big-ass awesome buckle for the front.

Edit: Take that back about the waistlines- here are some examples of buckles with the lower sleeve poofs. 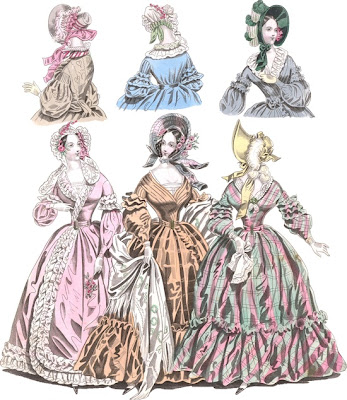