We had a really good rehearsal for the Locust Grove First Person Interpreters on Saturday. Everyone seemed to leave with a greater degree of confidence, so I thought I would talk a little bit about what we did. I've talked a bit about some of these things in some earlier blogs, but this should be a little more in depth of an idea of how this plays out in a rehearsal. 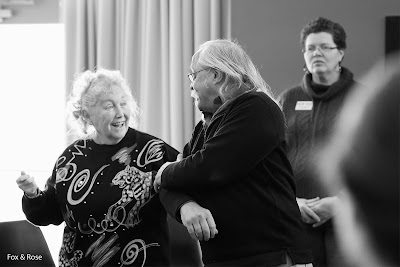 
Asking leading questions, giving each other an 'in'.
When you are doing first person, you usually have topics you have researched really well and want to talk about. But sometimes it might feel awkward to launch into a monologue out of nowhere. Conversely, you probably have questions you are really hoping you won't get, because you haven't been able to research that yet, or you have researched it and cannot find an answer.

We went around our circle and talked about things we want to talk about. Then we ran several scenes were people would practice asking each other leading questions in character to bring out that information.

"I understand you have a new grandbaby!" "Oh, yes, I'm making her some new clothes right now, I am so excited! She has the biggest blue eyes..."etc 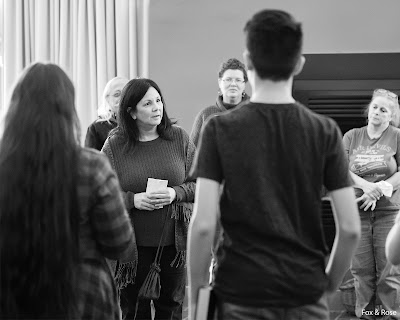 Sharron with her letter in rehearsal.
Photo courtesy of Fox & Rose Photography.


"How is your son? I know he has been traveling"
"Oh, it is so kind of you to ask, I have actually just had a letter from him! Now see here what he has written...." 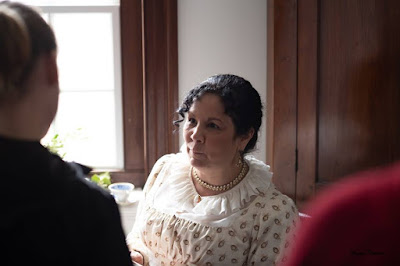 Mrs. Fitzhugh reads the letter from her son to guests.
Photo Courtesy of Historic Locust Grove


"Tell me again about the war papa. Were you really at Yorktown?"
"Oh, no, I didn't make it to Yorktown, they thought I had done enough by then. But let me tell you about Brandywine, child..."


Audience focus
What we are doing is part of a museum program, and our primary focus is interacting with the museum guests. From that perspective, it's not enough for us to be comfortable talking to each other in character, we have to  be sure that we are including our guests. So we also practiced running scenes like the one above, where someone else would come in as a guest. We practiced including them in the conversation.

"oh, pardon my manners, madam, here we are going on, let me introduce myself, Colonel Richard Taylor, and this is my lovely daughter Miss Emily Taylor." 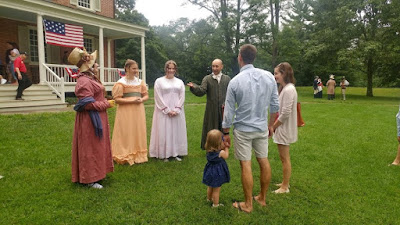 "Where are my manners? Please, allow me to introduce my friends"
Photo courtesy of Historic Locust Grove


"I was just asking papa about his time in the Revolution. Do you know he served with George Washington? Please tell us all about it, Papa."

What you are really doing here is involving your guests in an improv scene. By acknowledging their presence and introducing yourself, you send the signal that they are allowed to talk to you and ask you questions.


It's ok to say 'I don't know'
There are so many things we dont' know about the world we live in, and people living in 1816 didn't know every detail about their world either. When someone asks you a question in character you don't know the answer to, don't let it break you! It is absolutely fine to just not know it in character.

We portray the year 1816. Some of the people we portray were active in the Revolutionary war, others stayed home. Some weren't even alive. When someone asks Ann Croghan detailed questions about the War she says "oh, I don't know, I wasn't alive then! But you should go and ask my father, he was in the War." The man playing her father has spent a lot of time researching William Croghan's involvement in the war and is ready to talk about this.


Comfort and cohesion
All of this rehearsing allows our cast members to work on their confidence and their comfort with each other. If  you have tried and stumbled in rehearsal, that's fine! The public wasn't there, we all just laugh and move on. That doesn't happen overnight, but we have worked really hard to be sure that our rehearsals are a friendly, safe space where people feel comfortable pushing themselves out of their comfort zones and laughing it out with their friends. 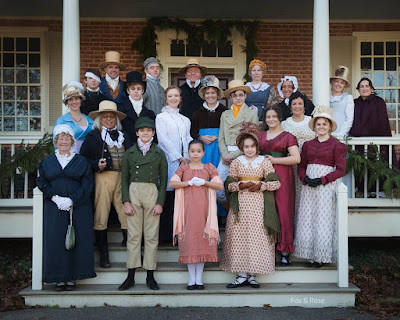